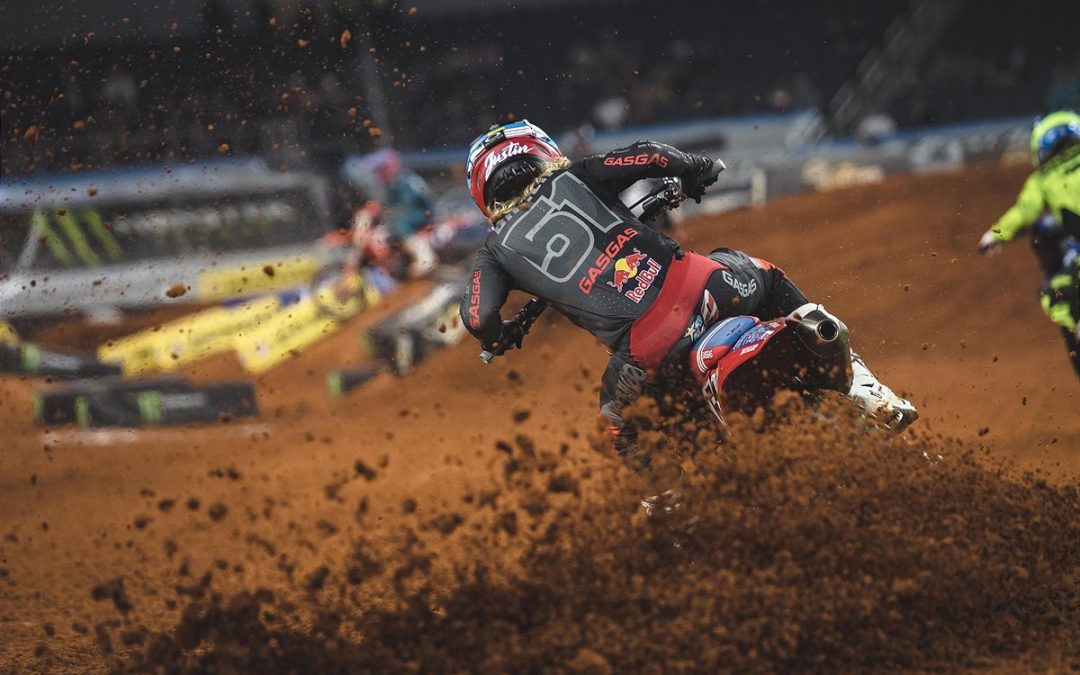 It was another great night in Arlington, Texas for Justin Barcia and the Troy Lee Designs/Red Bull/GASGAS Factory Racing Team, who finished just off the podium with an incredible come-from-behind performance in the 450SX Main Event. Barcia once again flew the flag solely for GASGAS Factory Racing in the Lonestar state as 250SX West teammate Pierce Brown successfully underwent thumb surgery on Monday to fix an injury sustained last Saturday.
Returning to the very place that Barcia and his Troy Lee Designs/Red Bull/GASGAS Factory Racing tea, enjoyed their podium celebration just three days ago, the squad came into a familiar AT&T Stadium on Tuesday with great confidence as Barcia lined up for round 11 of the 17-race championship. He made big strides during the practice sessions, qualifying with a season-best second overall aboard the MC 450F. In the heat race, Barcia started off in fourth and he put down some hard-charging laps to overtake third early on. He attempted to make a run at the lead battle late in the race but there simply wasn’t enough time in the heat, so he cruised it in for a third-place transfer. 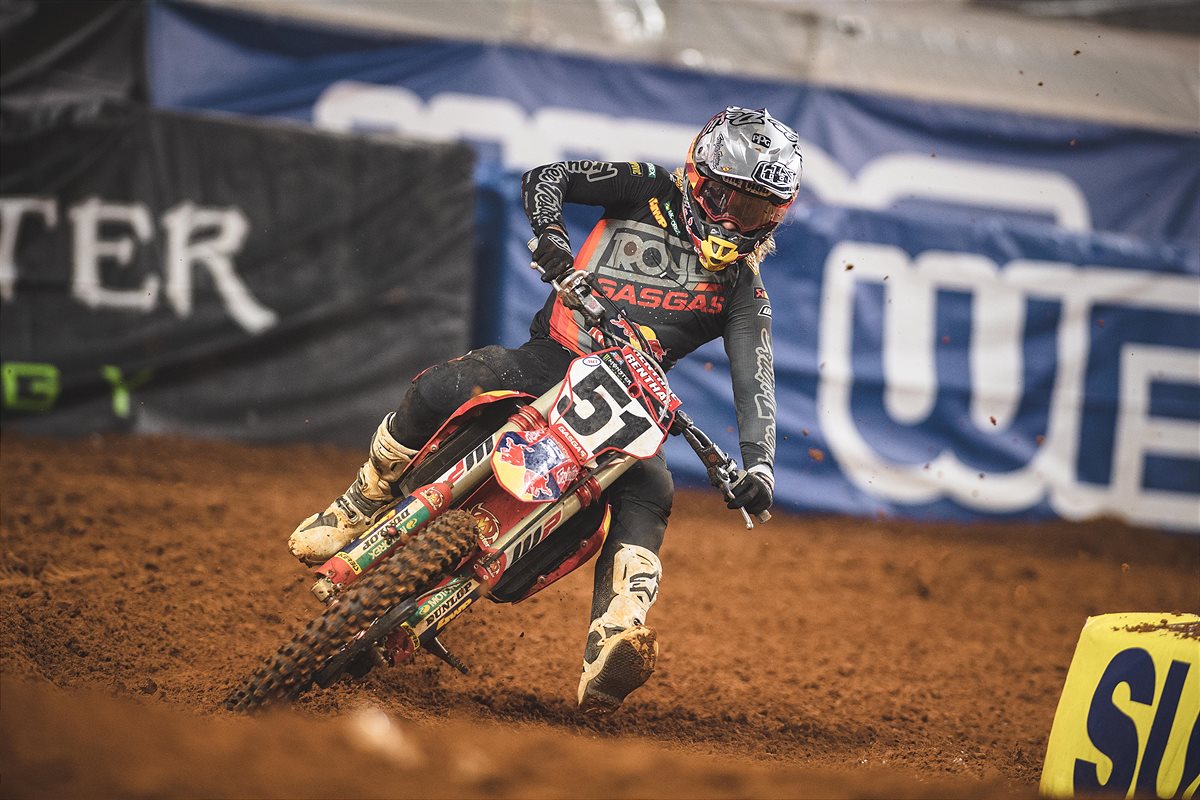 In the Main Event, Barcia had some struggles off the start that set him back as far as 16th on the opening lap but he quickly turned things around to jump into 10th early on. He continued to chip away, finally reaching a top-five spot around the halfway point and that’s when he charged full-steam ahead to secure fourth. Later in the race, Barcia found himself just outside the podium battle once again but he wasn’t able to close the gap enough to make a move and he brought it in for a solid fourth in the Main Event. With six rounds to go in 2021, Barcia maintains fourth overall in the 450SX Championship standings. 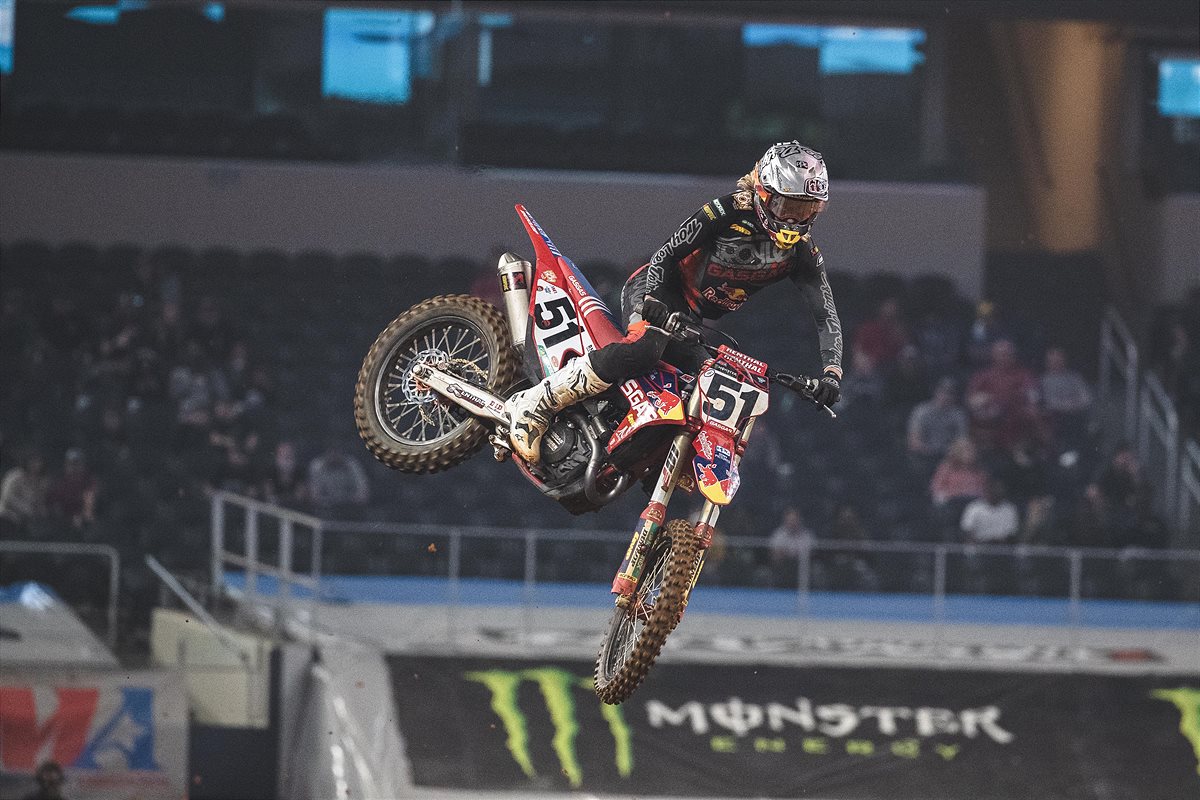 Barcia: “My riding was awesome in the Main Event. I just pushed through and got as far as I could but unfortunately missed out on the podium, which is frustrating, but all-in-all it was a good ride and I’m looking forward to getting back up on the podium on Saturday. The bike is really good, the team is good and I’m good, so we just need to nail those starts and we’ll be up there.”
Team rider Pierce Brown wasn’t able to line up for Round 11 after undergoing surgery on Monday to repair a thumb injury he sustained on Saturday in Arlington. Brown hopes to make a full recovery and return to racing within the next couple of weeks. 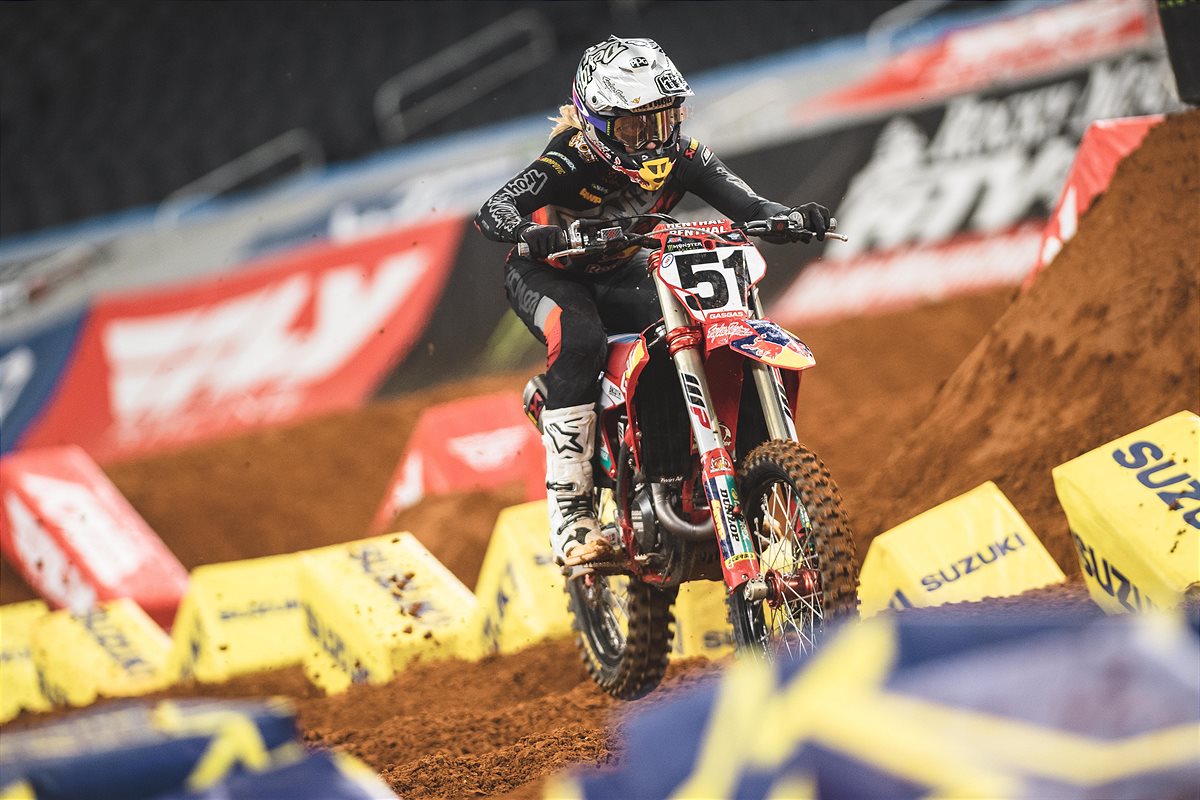