JUSTIN BARCIA ON THE GAS WITH A PODIUM FINISH IN ORLANDO 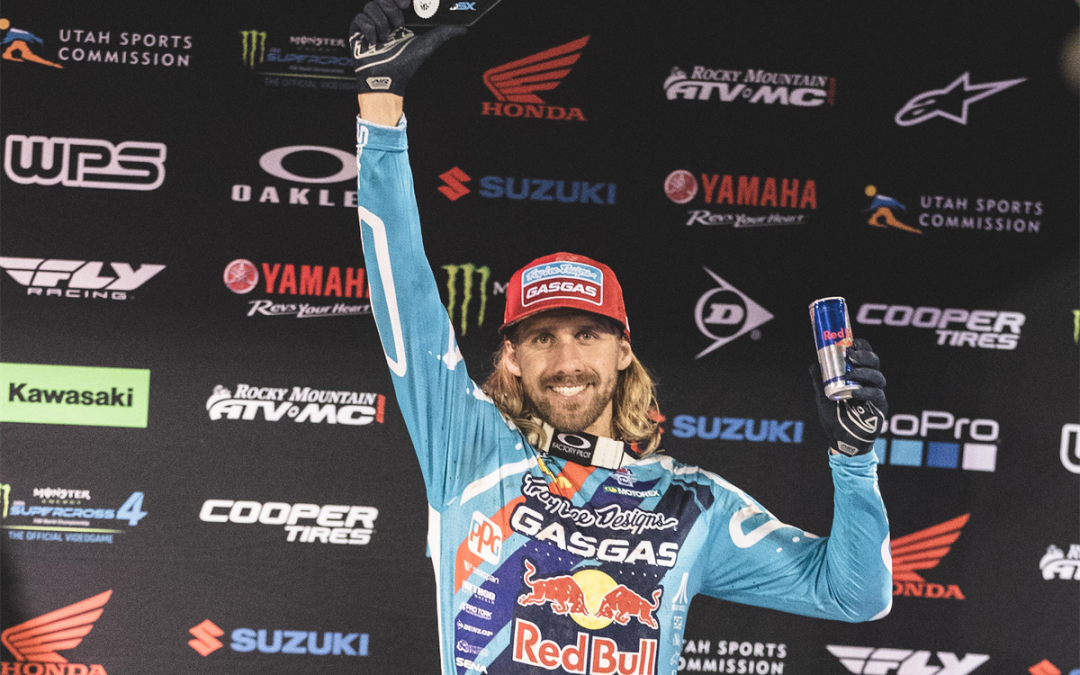 Troy Lee Designs/Red Bull/GASGAS Factory Racing’s Justin Barcia returned to the 450SX podium on Saturday night with a determined third-place finish in Orlando, Florida. Barcia found himself in a tough position after a big crash in qualifying but he dug deep and turned the night around, earning his third podium of the season at round eight.
The day could have ended with a much worse outcome for Barcia after experiencing a rough crash during the first practice session that left him banged up and sitting in 18th overall heading into the racing program. The rider affectionately known as “BAM BAM” dusted himself off and charged into the night, getting on the gas with a top-five start in the heat race. Battling just outside the podium early on, Barcia held onto fourth for most of the race but a last-minute pass gave him a solid fifth-place transfer into the main. 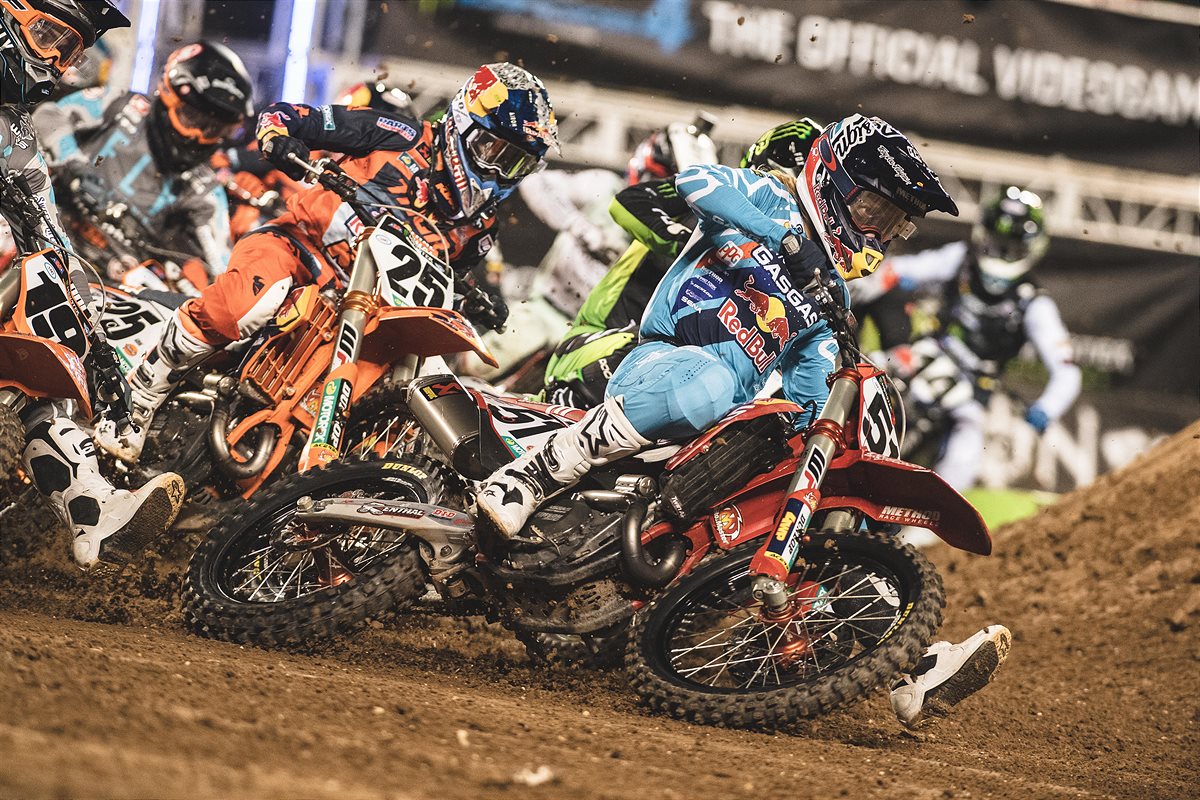 Barcia lined himself up for a great start in the Main Event as he nailed another holeshot aboard his MC 450F, settling into second on the first lap. He got passed early on and went to fourth, leading a hard-charging pack of riders all fighting for a chance at the podium. Mid-race, Barcia was gifted the third-place position when Adam Cianciarulo went down but it was up to him to capitalize on the opportunity with a strong ride in third. He held off points leader Ken Roczen in the final laps to assume the final spot on the podium, giving him a nudge up to fourth in the 450SX championship standings.
Barcia: “It was a tough day for sure, I had a crash in practice and kind of destroyed myself. I had to regroup and I felt like I got a little bit better. We made a lot of changes on the bike for the Main Event and I got off to a great start. I picked my speed up at the end of the race and I got into a flow, which was cool. For how the morning went, to be up on the podium was a solid race. Obviously, I want a lot more out of myself but it will be nice to have a week off, regroup and get the body right before heading to Daytona, which I’m excited for.”
Team rider Pierce Brown was originally slated to line up for the opening round of the 250SX Western Regional Championship on Saturday but ultimately made the tough decision to push back his debut on the MC 250F as he continues to log more time on the bike following ACL surgery last September. 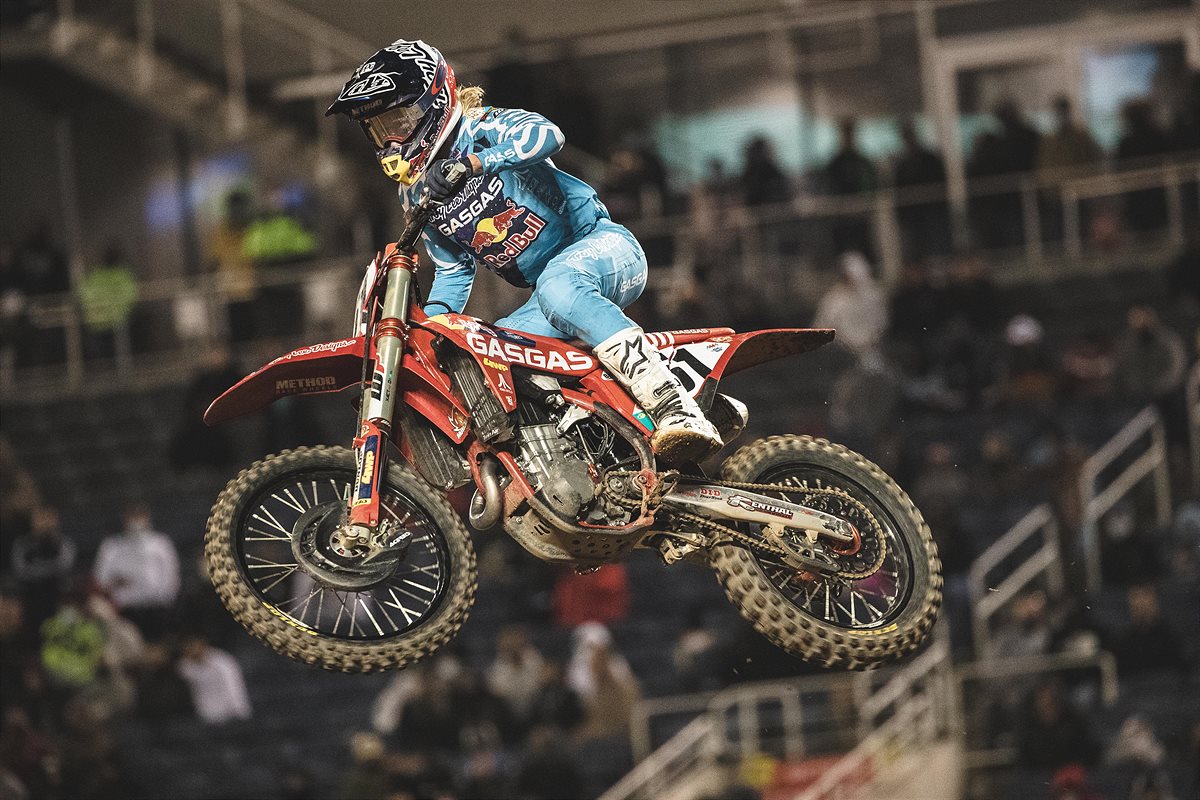