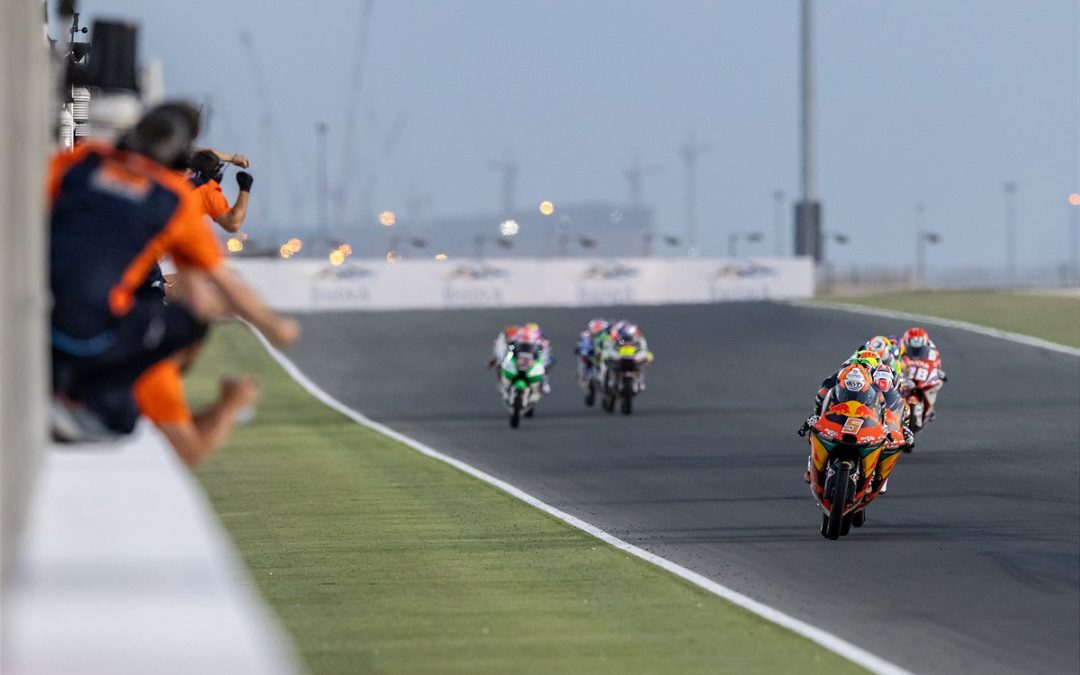 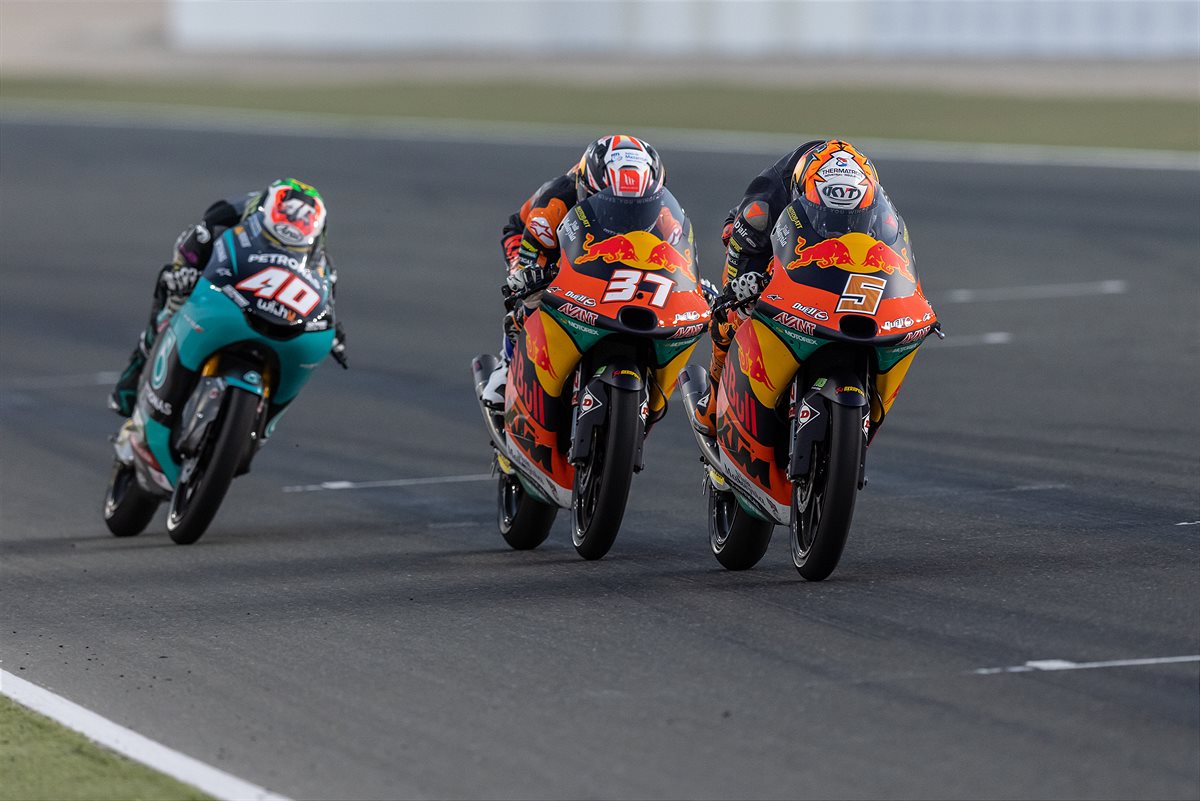 -Masia wins in his first race with the Red Bull KTM Ajo KTM RC4
-Acosta shines on rookie appearance to finish 2nd
-Gardner earns first silverware on Moto2 Red Bull KTM Ajo debut
Moto3
The first race day of the season saw the Moto3 pack swapping paint and positions in typical style. For almost twenty laps a chaotic and exciting contest took place that featured the Red Bull KTM Ajo riders Jaume Masia (the highest qualifier on the KTM RC4 after setting off from 5th on the grid) and Red Bull MotoGP Rookies Cup Champion Pedro Acosta and Red Bull KTM Tech3 pair Ayumu Sasaki and Deniz Öncü.
At one stage Masia, Acosta and Sasaki all headed the fifteen-strong gaggle for a Red Bull KTM 1-2-3. Masia proved to have the experience and the racecraft to lead the final circulation and secure his first race win for the Ajo squad by just four hundredths of a second ahead of the excellent Acosta. Masia earned the fourth victory of his career and made his eighth podium appearance. Acosta climbed the second step of the rostrum in his maiden world championship appearance. Sasaki was in contention for a trophy but lost control entering Turn2 on the final lap and crashed. Öncü placed 20th after he also fell on the opening lap. 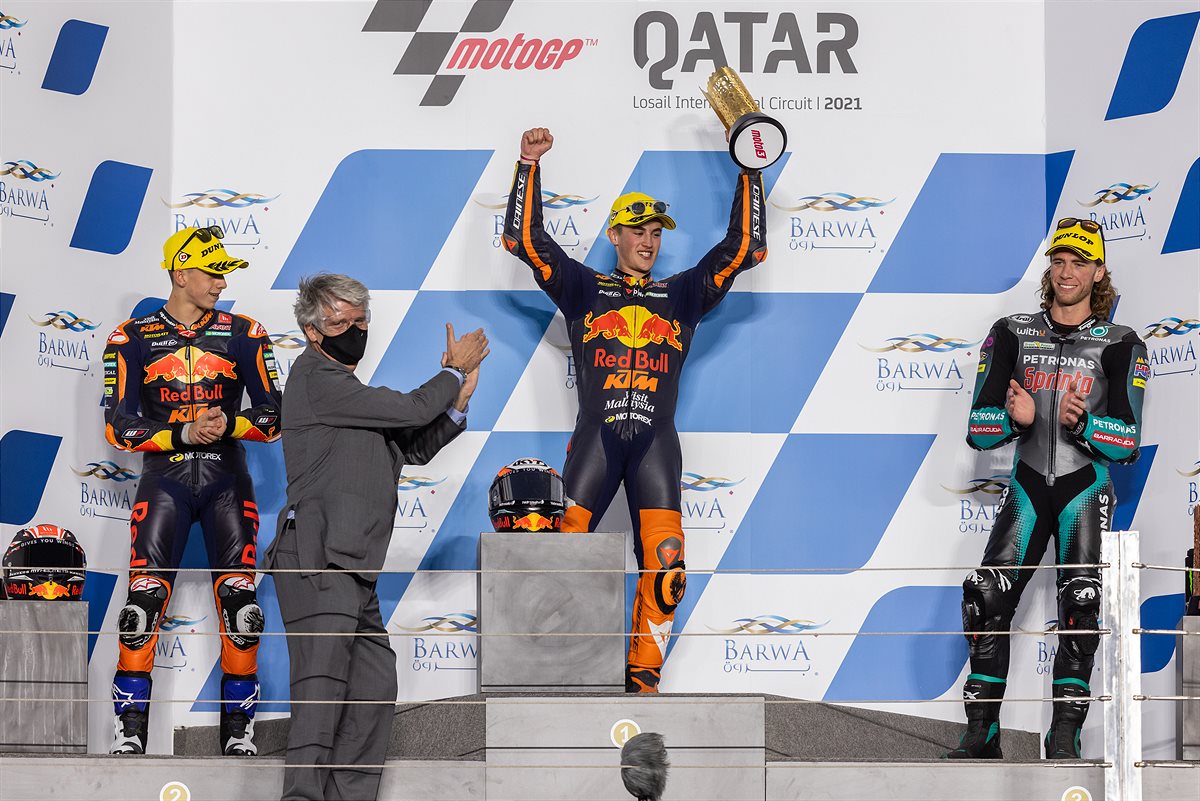 Jaume Masia: “This was incredible, and I feel like we deserve it because we worked so much in tests. It was difficult to control the race and there was a lot of wind but I felt strong and it was easy to keep in the group. At the front it was more difficult! The plan was to do the last lap in the lead and we managed it.”
Pedro Acosta: “A fantastic race for me. Last year I was in the Red Bull MotoGP Rookies Cup, and also the CEV. I didn’t have many opportunities, so I want to thank every single person that supported me to reach this position where I am now.”
Moto2
Red Bull KTM Ajo opened the Grand Prix with a brand-new line-up and Moto2 rookie Raul Fernandez caught the eye by qualifying in 2nd position on Saturday. He was three tenths of a second ahead of teammate Remy Gardner who was in the middle of the second row.
Fernandez made the most of his Dunlop tire grip to jostle for a surprise podium place until the last five laps when he drifted back to a creditable 5th. Gardner recovered from an eratic start to move up to the runner-up position and then tried to pressurize the rear wheel of Sam Lowes. The Australian eventually banked a comfortable 20 points in P2. 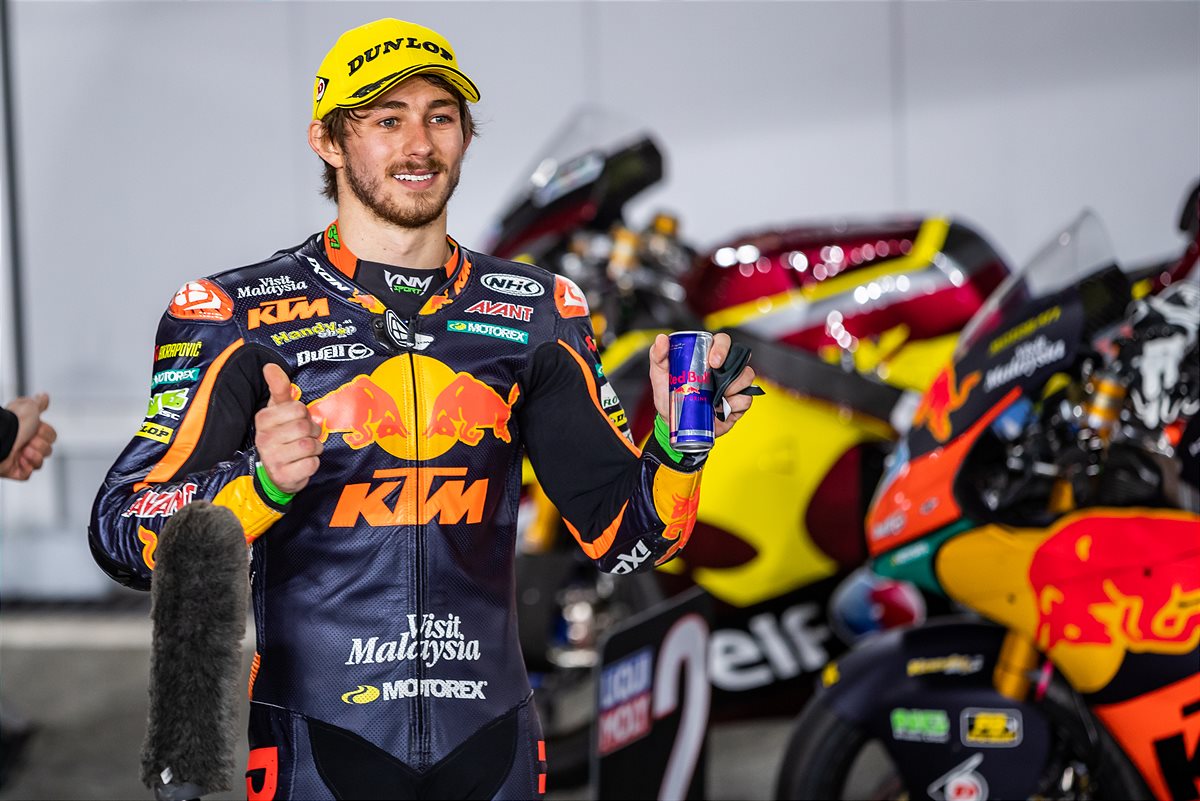