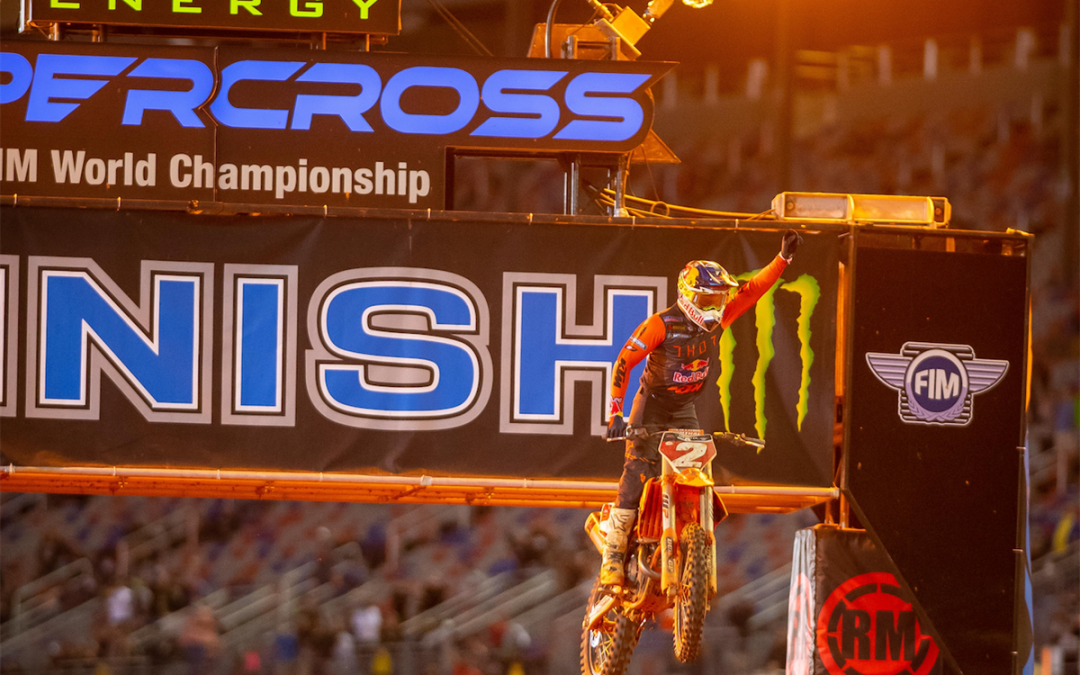 ATLANTA – In an intense final night of racing in Atlanta Motor Speedway, Red Bull KTM Factory Racing’s Cooper Webb edged out his championship rival to claim the 450SX Main Event victory, where he now holds a 16-point lead heading into the final two rounds of racing in Salt Lake City, Utah.
Saturday’s triumph was truly a team effort with all hands on deck to prepare Webb’s KTM 450 SX-F FACTORY EDITION for optimal performance with only three days between rounds in Atlanta. Webb came out swinging in 450SX Heat 2, where he shot off the line to capture the holeshot and led the first three laps of the race. He got passed with two laps to go, bringing it in for second-place finish in the heat.
In the Main Event, Webb got a top-five start and worked his way through an eventful opening lap to position himself in third early on. He began applying pressure on the second-place rider of Aaron Plessinger on lap two and it wasn’t long before he blitzed his way into second-place. With the leader, Ken Roczen, going down later in the race, Webb was able to cut the gap down to five seconds heading into the final laps. The 450SX points leader increasingly cut down the deficit to the leader, eventually charging up to the rear tire of Roczen and making the pass just before the white flag. He held off a hard-charging Roczen all the way to the checkers, claiming the win by 0.957 seconds at Round 15. 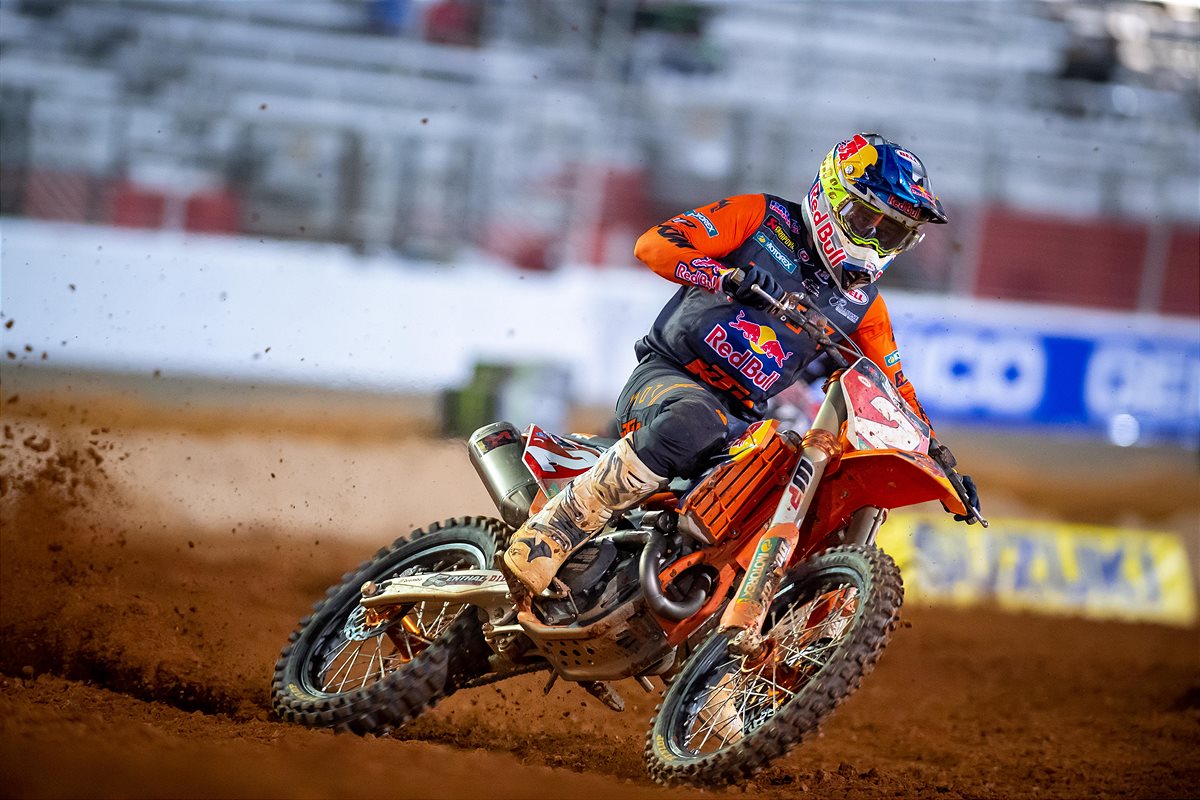 Webb: “I have to give it up to my team, they gave me a competitive bike tonight – we went back and figured some things out. Honestly, I made so many mistakes and I really didn’t ride well at all but I dug deep. I saw Kenny out front and he was riding awesome. I was trying to do everything I can and when he made that mistake, I saw blood in the water and I went for it. I just wanted to win.”
Marvin Musquin got off to a fifth-place start in 450SX Heat 2 and he battled inside the top-five for the first three laps. However, he made a mistake and went down with two laps to go and was able to fight back to secure a ninth-place transfer. In the Main Event, Musquin got a 10th place start and he picked up a few positions early on to move into seventh by lap four. He raced in seventh for the next four laps before getting passed by two riders, ultimately finishing ninth for the night. 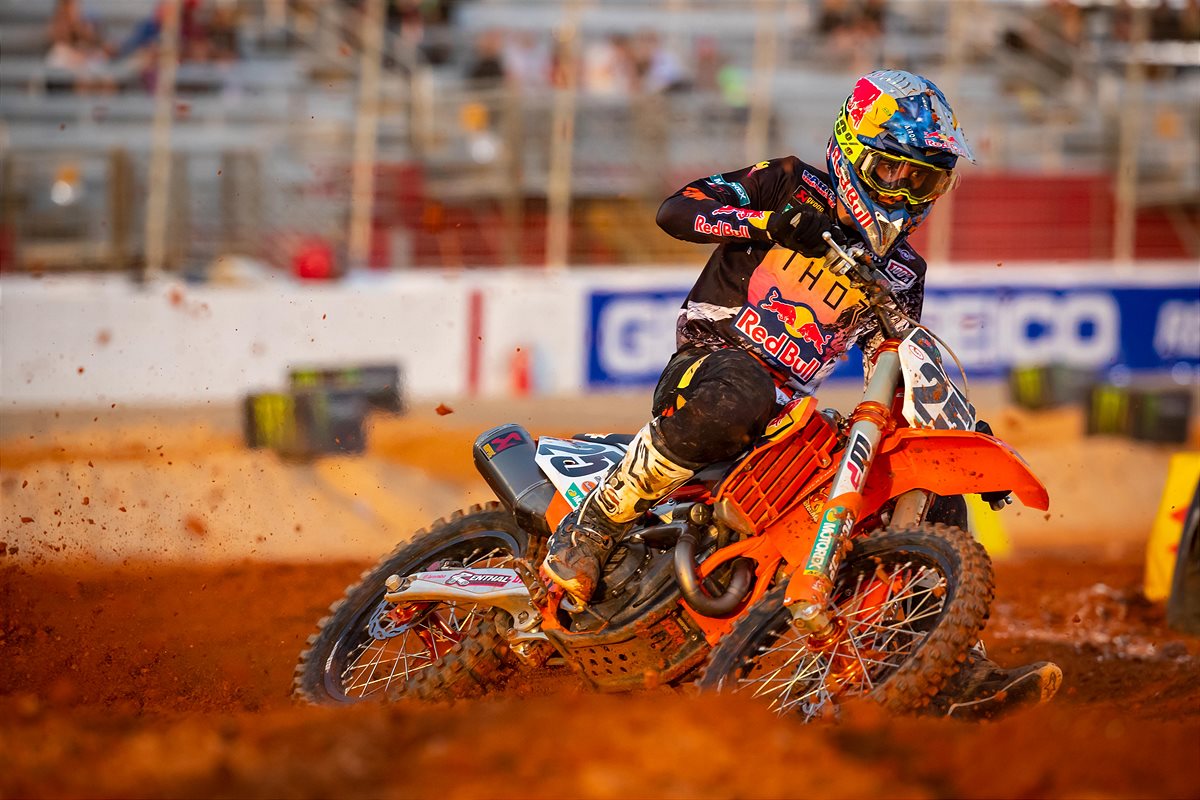 Musquin: “It was a very tough track; super high speed and I was losing a lot of time in the whoops. I had a bad gate pick in the main and I actually had a great jump but the bumps got me. I got into seventh and had a gap there with no one in front of me so I could ride a little bit better but I couldn’t catch up to the guys in front of me unfortunately and then got passed by two guys and got ninth.” 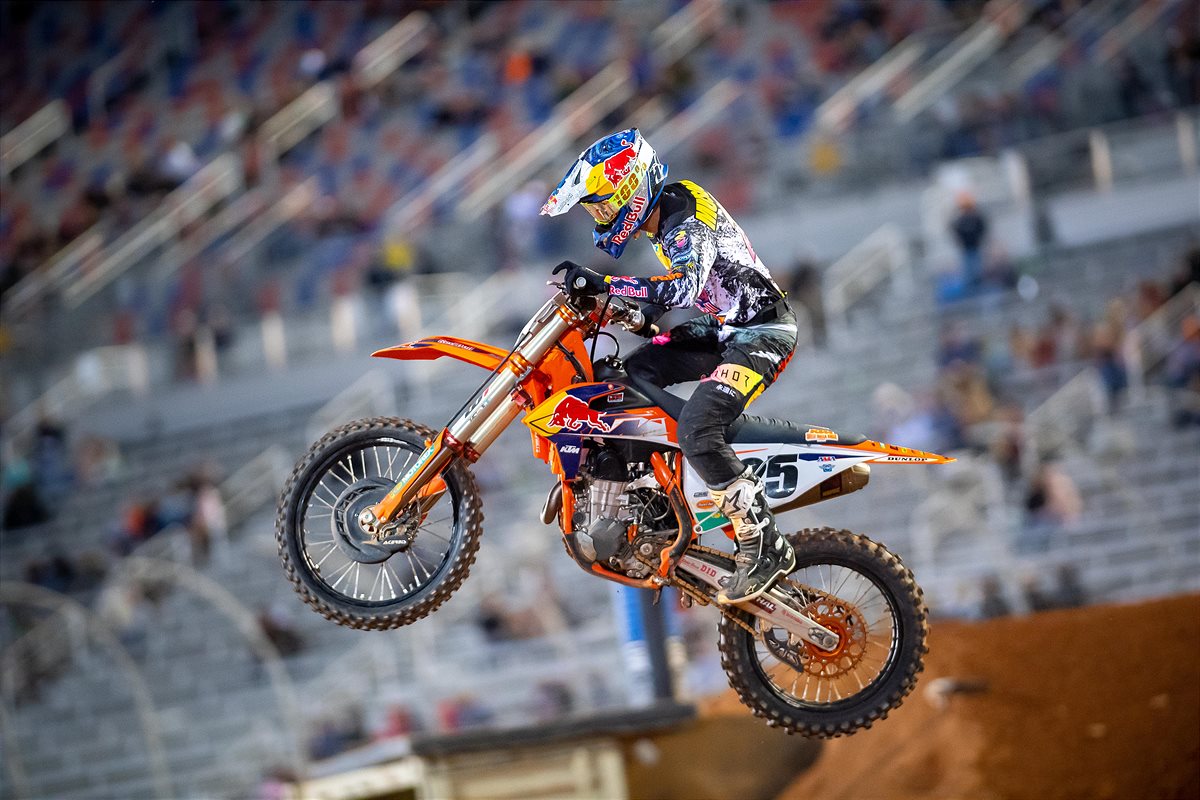 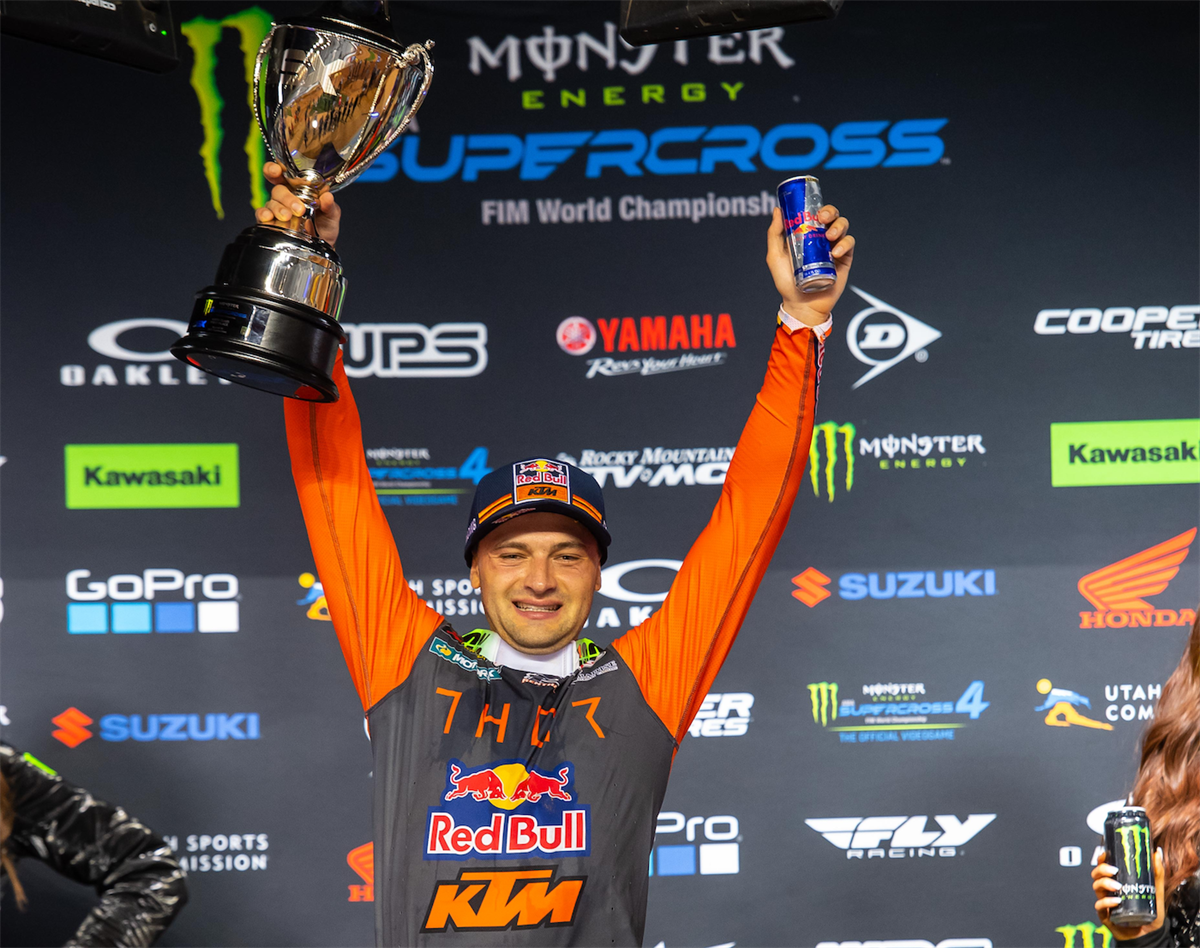